5 days have passed since Super Bowl 47 brought a slew of ridiculously expensive ads. Now, I’m sharing what I learned from those dozens of ads.

1) What’s old is new again. Case in point: the Ram Trucks’ “God Made A Farmer” video.

The familiar voice of the late Paul Harvey once again captivated the attention of millions of Americans for 2 minutes Sunday night. The video was quickly seen or shared millions of times on YouTube. Countless parody videos (“God Made A _____”) have been made in recent days. By my count, a Ram logo or truck were on screen for a little more than 20 seconds. It’s an example of how the reliance on having a story connect with people can be more important than plastering a name or logo throughout an entire ad. The ad is not entirely original, however. Farms.com released a similar video in 2011, uploading it straight to YouTube. The creators of that video worked with Ram, which views this re-worked video as the kickoff to the company’s “Year Of The Farmer” campaign.

2) A call to action was often overlooked, largely absent from this year’s fleet of Super Bowl ads. A post this week from an Exact Target blogger reveals barely half of all the ads shown included a URL, with far fewer having a call to action promoting advertisers’ social media channels. For $4 million, shouldn’t you try to get viewers to do something? Such as actively engaging with your brand or product!

3) Oreo proved a ‘winning’ Super Bowl ad doesn’t even have to air on TV during the game. 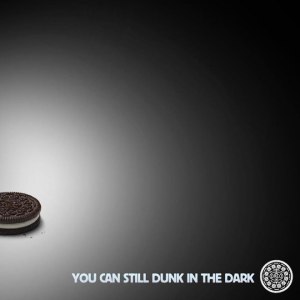 Within minutes of the beginning of the 34-minute power outage, officials at Oreo tweeted a picture that has been talked about for days. The question asked by many is “how did they do it?” As reported by Wired.com, it turns out Oreo assembled a social media team to watch the game together, ready to pounce on any unforeseen advertising opportunities. Laundry detergent maker Tide was among a handful of other brands to post blackout-reacting ads Sunday night.

The Super Bowl provides a prime opportunity to prove the importance of engaging content, call to action, and timeliness in advertising. Instead of simply enjoying the ads, let’s learn from them. An incredible amount of behind-the-scenes information has been shared this week about this year’s Super Bowl ads. I wonder how much of it will be used to effectively create next year’s ads.

View all posts by shanegoad